In the last couple of years, the cloud has grown exponentially. According to the latest RightScale’s State of the Cloud Survey, private cloud usage has grown from 63% to 77%, while the hybrid cloud usage has increased from 58% to 71% in the last 12 months.

RightScale surveyed over 1000 IT professionals about their adaptation of cloud infrastructure and in total, roughly 95% of respondents said that they are now using the cloud. It seems like when you are talking about the cloud, it is almost impossible not to mention security. 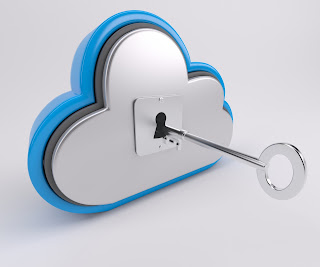 While it is ultimately up to each individual company whether cloud storage is safe or not, you cannot deny the fact that the security market has grown. As a matter of fact, according to a 2015 report by the Research and Markets, the security software market is growing faster and faster on a global scale and demand cloud security is leading the charge. What’s more, according to the most recent Cloud Security Market Report, the research firm MarketsandMarkets predicts that the market place will surpass $9 billion in the next three years.

This growth is understandable, seeing how in the last two years, data breaches were all over the news, and corporations like JPMorgan Chase, Target and Home Depot all experienced major breaches during that period. Toward the end of 2016, the Ponemon Institute reported that more than 40% of companies had experienced a breach that year.  While the situation has slightly improved in the last twelve months, breaches still represent a big problem for many organizations – according to the BLI (Breach Level Index), more than a million records were stolen in 2015 alone.

In February, the Cloud Security Alliance released a report, detailing 12 biggest threats to cloud computing. Unsurprisingly, data breaches topped the list, however, what many people fail to realize is while hackers represent a big threat to cloud security, employees pose an equal, if not a bigger risk.
Experian’s Data Breach Forecast report claims that last year, more than 60% of security incidents were caused by employees. Many experts believe that employees accidentally leak data by recklessly using their smartphones and tablets to access sensitive data outside of the company network.
There are a number of ways in which companies can make their cloud initiative more secure, but while these tools exist, they are not always used the proper way. The Register’s Cloud Survey revealed that around 60% companies use a VPN connection, but only 34% of respondents said that they use data encryption or cloud firewalls.

The numbers drop even lower in regards to other preventive measures. If companies want to deal with problems like remote workers leaking sensitive data, they need to start using secure remote access software such as Securelink in order to keep their most classified information as safe as possible.

Internet of Things and New Risks

Last year, cloud security was at the top the list of initiatives for IT professionals in the State of the Network report. While the exact term wasn’t mentioned, “security” was ranked as the number one initiative by more than 35% IT executives, and more than 30 had the “cloud” at the top spot.
Furthermore, with the Internet of Things gaining more traction and mainstream acceptance, new security risks are bound to emerge. The technology research firm, Gartner predicts that around 26 billion smart devices will be installed by the end of the decade, which will definitely bring more challenges along with it.
The Experian Data Breach Industry Forecast explains that the storage of data points collected by smart devices will create more weak points, so cyber-attacks targeting the Internet of Things are practically unavoidable.